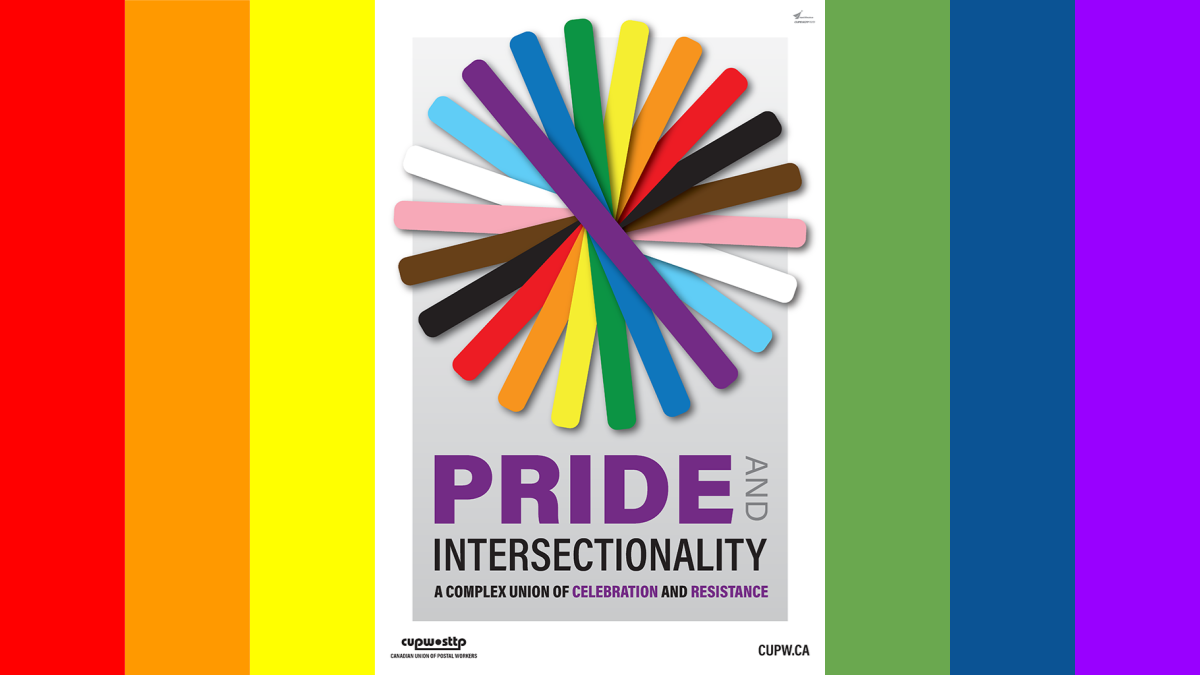 June Is Pride Month - 50 Years After the Stonewall Uprising

At our June 2020 general members meeting, CUPW 730 voted to send a statement of solidarity to all of our LGBTQ+ cousins & comrades celebrating Pride month and commemorating more than 50 years since the Stonewall Inn uprising, as well as make a donation supporting the excellent work being done by of Shades of Colour (YEG).

In 1969 New York, the authorities used every means at their disposal to oppress anyone from the LGBTQ+ community. Public displays of non-heteronormative presentation and same-sex affection, even dancing, could get you arrested, so the community sought refuge in private clubs such as the Stonewall Inn. The authorities countered by arbitrarily labeling the club “disorderly”, refusing it a liquor license, and then raiding it on a weekly basis to try and put it out of business. On June 28, 1969, one of these raids resulted in a police tactical unit attacking and arresting many of the patrons, which sparked an uprising that lasted six days. The following year, the first Pride march was held to commemorate this watershed moment of reprisal.

Honouring the legacy of Pride being a political declaration against societal and state oppression, Shades of Colour (YEG) denounced the participation of Edmonton police in the 2018 Pride parade and 2019 Pride festivities. Those paying attention to their history books will know that police and the state are among the last to acknowledge or accommodate social progress, and even then, only after being forced to do so by immense popular pressure. Since marginalized communities suffer mistreatment and abuse from the police at much higher rates than non-marginalized communities, police do not get to pretend to be allies when it suits them.

Our Local is inspired by the bravery of Shades of Colour (YEG) to not let the legacy of Pride be co-opted by one of the institutions that helped necessitate the need for Pride to exist in the first place, and we wholeheartedly support their ongoing efforts to provide a sense of safety and belonging for many in the LGBTQ+ community. Black & Indigenous Trans Lives Matter!

In solidarity on behalf of CUPW Edmonton & Affiliates,