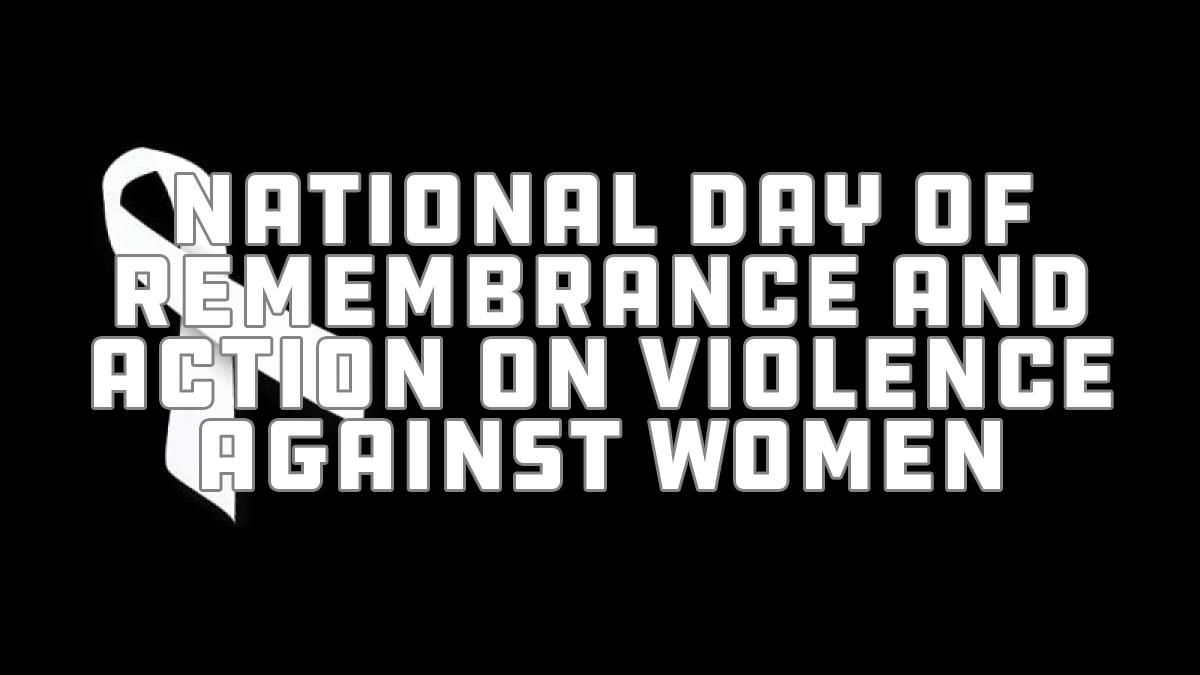 National Day of Remembrance and Action on Violence Against Women

The National Day of Remembrance and Action on Violence Against Women, also known as White Ribbon Day, is a day in Canada to commemorate the anniversary of the December 6th, 1989, massacre at École Polytechnique. On that day, 14 women were killed and another 14 were injured as an armed student claimed he was “fighting feminism.”

This is a day to mourn and commit to fight the hatred and misogyny that led to this event, while recognizing that women, girls, and 2SLGBTQI+ individuals around the world continue to face violence and discrimination. It is also a day to remember those who have experienced gender-based violence as well as those we have lost to it.

On December 6th, there are a number of things you can do to honour the memory of those who died. Wear a white ribbon. Observe a moment of silence at 11:00 am. Attend a vigil in your community. Learn more about the 16 days of activism against gender-based violence, which you can do here.