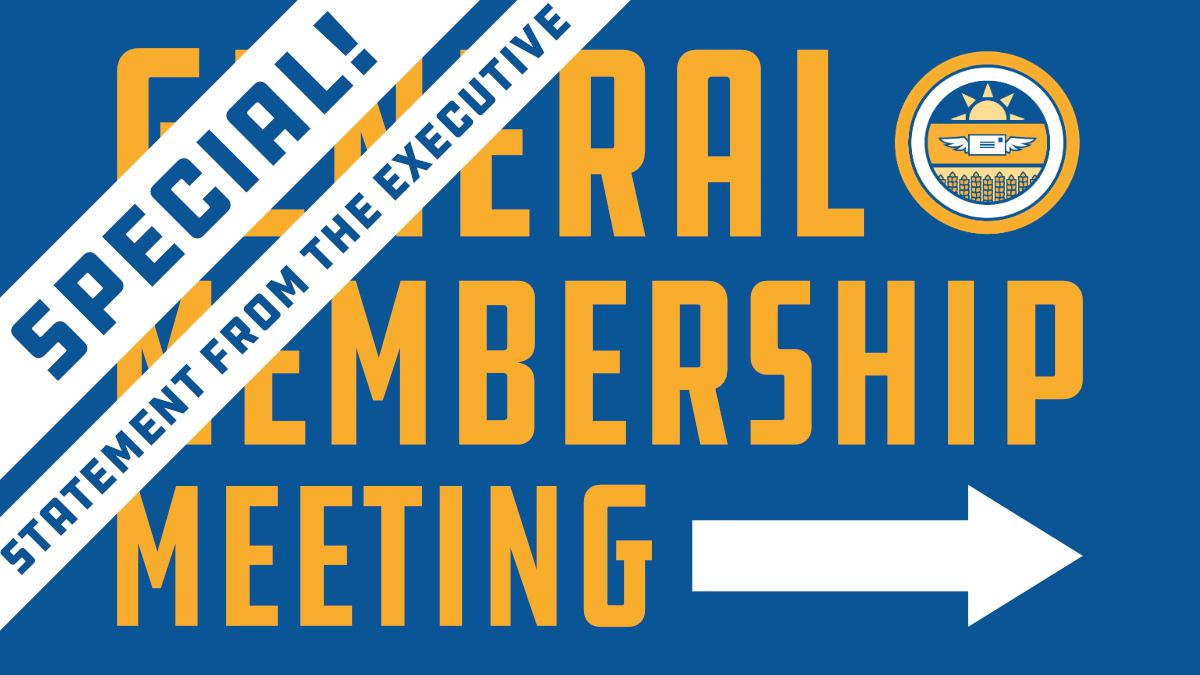 Statement from the Local Executive

There has been some discussion around the Local regarding the time and date picked for the two “Special General Membership Meetings” being held on Sunday, September 25th, at 4:30pm and 7:00pm. There have also been a number of questions regarding the in-person format.

Here are the reasons for the meeting being held on a Sunday evening (September 25th).

The “Special Meeting” to discuss the motion presented was planned for the 25th with the above reasoning. After, we realized the long weekend conflict that existed for the Oct. GMM, we decided to hold the “Special Resolutions meeting” on the same date.

Here are the reasons for the in-person meeting being called.

In order to facilitate access for all, this ZOOM link is available for those who are unable to attend in person. Registration for the meetings will close on Friday, September 23, at 12 pm.

This is an attempt at a hybrid meeting. Please be patient. Going forward this will help determine the best way of allowing all members to attend.